The Times They Are a-Changin’

Posted on March 20, 2017 by concernedcitizenforelephants

When Bob Dylan wrote his seminal song “The Times They Are a-Changin’” back in 1964, he wanted to create an anthem for change. Not surprisingly, this song became the archetypal protest song for so many other movements – in addition to the successful anti-war movement of the ’60s.

Now we see the times changin’ for Nepal’s captive elephants, particularly in one of the most successful and prominent jungle resorts in the nation: Tiger Tops. Check out this new video to see how:

From about 1964 until just recently, Nepal’s captive elephants working in jungle resorts have been chained and abused, suffering under horrific conditions hidden from tourists. But now, at least one jungle resort has taken the high-road and offers a more humane way to interact with Nepal’s most magnificent creature. 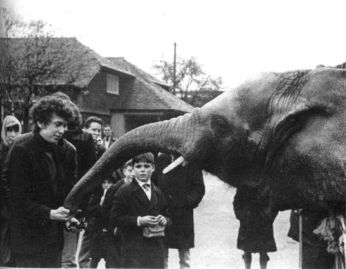 This entry was posted in Elephant Watch Nepal. Bookmark the permalink.