Posted on August 13, 2019 by concernedcitizenforelephants 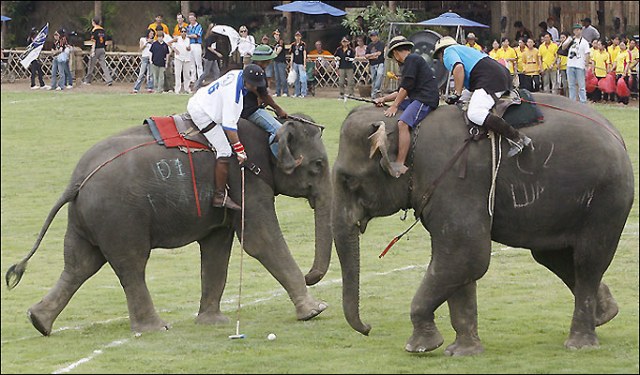 Elephant Watch Nepal has appealed to ME Travel & Tours to end its support to the Chitwan Elephant Festival during which, as recently revealed by a PETA investigation, elephants are cruelly treated.

In a letter addressed to Mr Kamal Raj Adhikari, President of the travel operator, EWN says, “In line of your vision we believe that your esteemed organisation will not benefit from supporting inhumane practices involving elephants. Elephants are a critically endangered animal species that have been misused by humans for centuries. Although Nepal has much expertise in the management of elephants, tourism and outdated practices have led to increased abuse.”

For 365 years the World Elephant Polo games were organised in Nepal by Tiger Tops but the company, after unchaining its elephants and introducing non-contact elephant tourism, ended the games in 2017, stating it wanted ‘to end the suffering of the elephants.”

However, in 2018 the Regional Regional Hotel Association, Sauraha, backed by Nepal Tourism Board, reintroduced elephant polo games during its Chitwan Elephant Festival.

EWN has observed the Chitwan Elephant Festival since many years and believes that the organizers cannot guarantee the welfare standards of the elephants. “We urge you therefore to stop supporting the festival and instead encourage elephant owners to introduce humane forms of tourism,” EWN writes.

This entry was posted in Elephant Watch Nepal. Bookmark the permalink.