Posted on January 29, 2018 by concernedcitizenforelephants 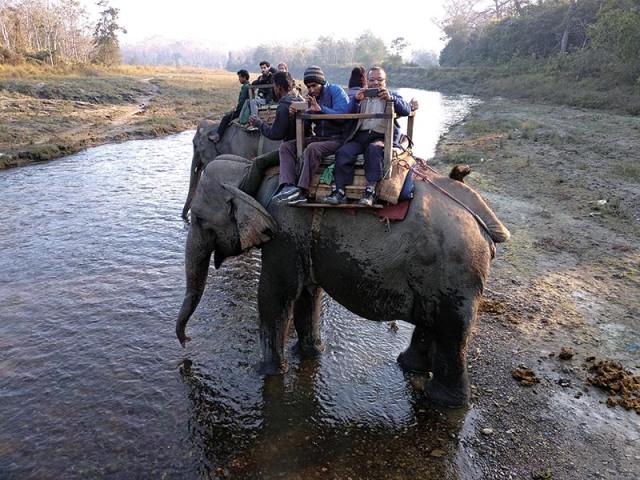 According to a recent Himalayan Times news story, tourism operators say that they could not entirely dismiss the concerns raised by animal rights activists, and expressed readiness to reach a “compromise.”

They suggested that they could lower the working hours for elephants, lower the number of people riding on elephant from four to two and eliminate the practice of tying elephants by their feet and leave them free.

But for that, they want the government to speak up and come up with regulation stating clearly the minimum things the owners should do to keep elephants for tourism and conservation purposes. “The government should either support us or take all our elephants and feed them. But if we need to protect the national park and wildlife tourism, elephant ride is mandatory,” one operator said.

But where does this leave the situation? The ball is being kicked into the government’s court with the a demand of support before operators make an effort to improve; this is what is seems.

Yet this concession is at least a win for all those concerned with the plight of Nepal’s captive elephants. As with all developing-country issues, there is always a component of protecting the livelihoods of the poor whenever social change is introduced. EWN understands, but still urges tourists not to book elephant safaris until the many issues of animal abuse have been resolved (not mentioned was illegal trafficking, torture during training the young, lack of clean water and food and absence of any health care).

Lastly, this “compromise” shows that your efforts are having an effect, and those efforts may eventually bring relief to the suffering packies. Keep up the good work and stay alert for future developments!